Before the calamity, there were many deities.

After the calamity, only five are believed to remain.

The story of Calamity takes place over five different routes. This one follows Ash of the Nullity, a nonbinary kid who has spent two years living on the streets, and the experiences they share with Void, a creature made of static that follows them around. Void is an indispensable part of their life, and they've never questioned it, but not everyone is content to let its mysteries lie – as more and more people take interest in Void, Ash has no choice but to find out what it is, and where it came from.

When completed, Calamity will be an interactive fiction game made in Twine. Before I begin work on the game, I am writing each route as a linear story, released chapter by chapter. Purchasing this route now will get you access to every chapter currently released and all future chapters; it will not get you access to the game.

Updates are not on a schedule, and may be infrequent. You can download the preview, the first scene of the first chapter, for free.

In order to download this book you must purchase it at or above the minimum price of $5 USD. You will get access to the following files: 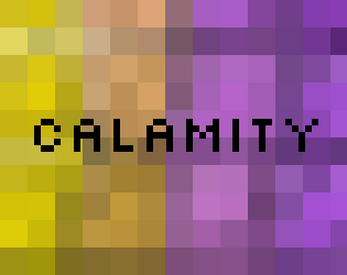